What happens if there’s only one bidder?

What happens if there’s only one bidder at a property auction?

When you sell a house at auction the hope is that you’re going to have lots of people interested.

The idea is that you set a low guide price to tempt people in. The auctioneer starts the bid at this low price, and then… Blast off! All these bidders compete for your property, and the competition forces them to place ever higher bids until, eventually, you end up with a great price for your property.

It’s a strange auction rule, and sounds surprising. (As a bidder, you expect to compete against other bidders – not the auctioneer themselves!).

Even if the sole bidder's top price falls short of the reserve there may still be a chance to tie up a post-auction sale - so don't give up yet.

1. Property Auctions with a sole bidder

So the auctioneer can bid against buyers?

Related: Do auctions start at the guide price?

But what happens if there's no one to bid against someone to drive the price from the starting bid, to the reserve price? The current bid would simply sit at the starting price, and the hammer would eventually come down at that price.

The sole bidder would have won the auction, but it wouldn't have been enough to actually win the property! (Because they're still short of the reserve price).

This is no good for anyone:

It just doesn't make sense. So as a solution, the auctioneer is allowed to "bid against" a sole bidder up to but not including the reserve price.

This is often called "running the buyer up" to the reserve price, or "taking bids off the wall", or "puffing".

It sounds a bit dodgy when you first hear it, but it's completely legal - as per Auctions (Bidding Agreements) Act. In fact, as you can see from the example above, it's actually in the interest of all parties for the auctioneer to do this.

EIG are the industry standard for property auction information, and explain the practice nicely in their glossary:

"If an auctioneer is auctioning a lot but the level of bidding has not reached the reserve price, the auctioneer is permitted by statue to bid on behalf of the vendor, also known as "off the wall".

This bidding pattern can then continue... up to but not including the reserve price"
- EIG definition of "off the wall" bidding

Gov.uk confirm the same: They say "the auctioneer’s role is to act as an agent for each seller". The auctioneer is there to try and sell the property for the owner. If the property doesn't meet its reserve, they've failed to do that. So they're allowed to "run the buyer up" to the reserve price.

1.2. How do you know if the auctioneer is bidding?

Benjamin Tobin was the Chairman of Strettons Auctions for 40 years. He's one of the most experienced auctioneers in the country, and still works as a consultant. In an interview with Bridging And Commercial he outlined some clues as to whether or not the auctioneer was bidding. Quoting from that interview:

- From Benjamin Tobin's interview with Bridging And Commercial.

Unfortunately, all these signs come after the auction has ended. This means it's difficult to know at the time whether you're bidding against a real buyer, or being run up by the auctioneer.

If can be helpful if you can tell the difference during the auction though. Look around the room and see if there are obviously other buyers making obvious bids. Remember to check any auction staff who are fielding telephone bids too.

If you can't see anyone bidding, you may be the only bidder, and the auctioneer may be trying to run you up to the reserve price.

As we've covered, the auctioneer isn't doing anything wrong by taking bids off the wall. To quote Benjamin Tobin again, "the law recognises that it is a necessary part of the auction process and thus regulates, rather than prohibits it".

But being able to know the different may help you get a better deal in the long run.

If you suspect bids being taken off the wall, you have two options:

If you're the only one bidding, it can be a good or a bad thing. It could mean:

Assuming you've done your due diligence (such as having a pre-auction report done by a solicitor, and having a building survey) and no issues came up, then you could be on to a great deal.

If there's only one bidder and the auctioneer is bidding against them to "run them up" to the reserve price, what happens if the sole bidder stops bidding?

The auctioneer would actually be the highest bidder, and would win the auction!

When this happens the property has simply failed to sell because it hasn't met its reserve. The buyer knows they've missed out, and the seller knows it's fallen short of their bottom price. At this point the auction house will begin trying to tie up a post-auction sale.

They may speak with the sole bidder and see if they can encourage another increase. They'll also speak with the seller to see if they'll reduce their reserve price. If a deal is tied up in a post-auction sale it can still be under auction conditions.

If a post-auction sale can't be tied up, then the property remains unsold. This happens to around 21.7% of properties that go to auction.

Related: Do houses usually sell at auction? (And how can you improve your chances?)

If you're selling a house at auction, then only having one buyer is a bit of a disappointment. The auctioneer will still do their best to get the bidder to your reserve price though by "running them up" towards it.

If you're the sole bidder for a property, it could be a blessing or a curse. You may be on to an opportunity that others have missed... Or you may have missed something the scared off the other buyers.

This is another reason it's crucial to always do your due diligence before buying at auction.

I'm an experienced property insider, trusted media commentator, and the Founder of Home Selling Expert and YesHomebuyers.com. I've bought and sold almost 150 properties worth nearly £17m, and my advice articles (like this one!) have been viewed more than 400,000 times. 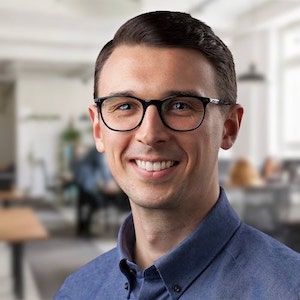 My advice articles have been viewed more than 400,000 times, and I hope you'll find something useful here too!

The Ultimate Guide To Selling An Inherited Property
What To Do If You Inherit a House With Tenants
Stamp Duty on Inherited Property
Capital Gains Tax on Inherited Property
What is Stamp Duty?
Transfer ownership of inherited property
Initial Costs When You Inherit a Property
Inheriting a House With Siblings
What to do if you inherit a house with a mortgage
Will Inheriting a Property Affect My Benefits?
How to find the best property auction house
Property inheritance and first-time buyer status
Avoid these property auction mistakes
9 Property Chain Problems
Do estate agents have to tell you why a sale fell through?
At what stages can a house sale fall through?
What is the cheapest way to sell your house?
What is the best way to sell a house?
Can buyers pull out after agreeing a house purchase?
Best Property Auction Houses: Big or Small?
Inheritance Tax Guide
How long does it take to fix subsidence?
Is subsidence expensive to fix?
Why do so many house sales fall through?
What's the fastest way to sell a house?
What happens to your mortgage offer if the sale falls through?
Do solicitors charge if a house sale falls through?
Complete guide to subsidence
Selling a house by auction vs estate agent
What are the risks of buying a property at auction?
What to do before bidding at an auction
How do you win a house at auction?
How many properties sell by auction each year?
How do you buy a house before it goes to auction?
Case Study: Selling with subsidence (from 9,000 miles away)
Are property auctions cash only?
What happens if you win a property auction but can't pay?
How long do you have to pay after an auction?
Why would a property be withdrawn from auction?
How to auction a house
17 benefits of selling your house at auction
Can a buyer pull out after auction?
What happens if your house doesn't sell at auction?
Do houses usually sell at auction?
Can you get a survey on an auction property?
What happens if there’s only one bidder?
Do auctions start at the guide price?
How to identify Japanese Knotweed
What time of day is completion?
Can property auction sales fall through?
Can you offer less than the guide price?
Why do houses go to auction?
Should You Prepare Your Home For Sale At Auction?
Can You Sell A House With Japanese Knotweed?
How Accurate Are Guide Prices At Property Auctions?
Why are property auction fees so high?
What types of property are suitable for auction?
Modern Method of Auction
How Long Do Auctions Usually Last?
Do houses sell for less at auction?
Buying at auction: Do you need a solicitor?
chain repair
Repair your chain within 24 hours. Get a free cash offer now...

make me an offer
repair chain within 24 hours

Is a "cash house buyer" right for me?

Have questions about how we work and what you get? We've got all the answers you need.

Check out all our articles